I'm going through a hackerrank challenge on recursion https://www.hackerrank.com/challenges/ctci-recursive-staircase

and I'm having difficulty understanding how the solution below solves the problem. Here's the tree (the recursion calls) like you would with the fibonacci problem but I don't see the insight

With N = 3 the possible choices are

But I don't see these states represented in the tree, I guess I'm not following the logic which makes it hard for me to solve recursive problems 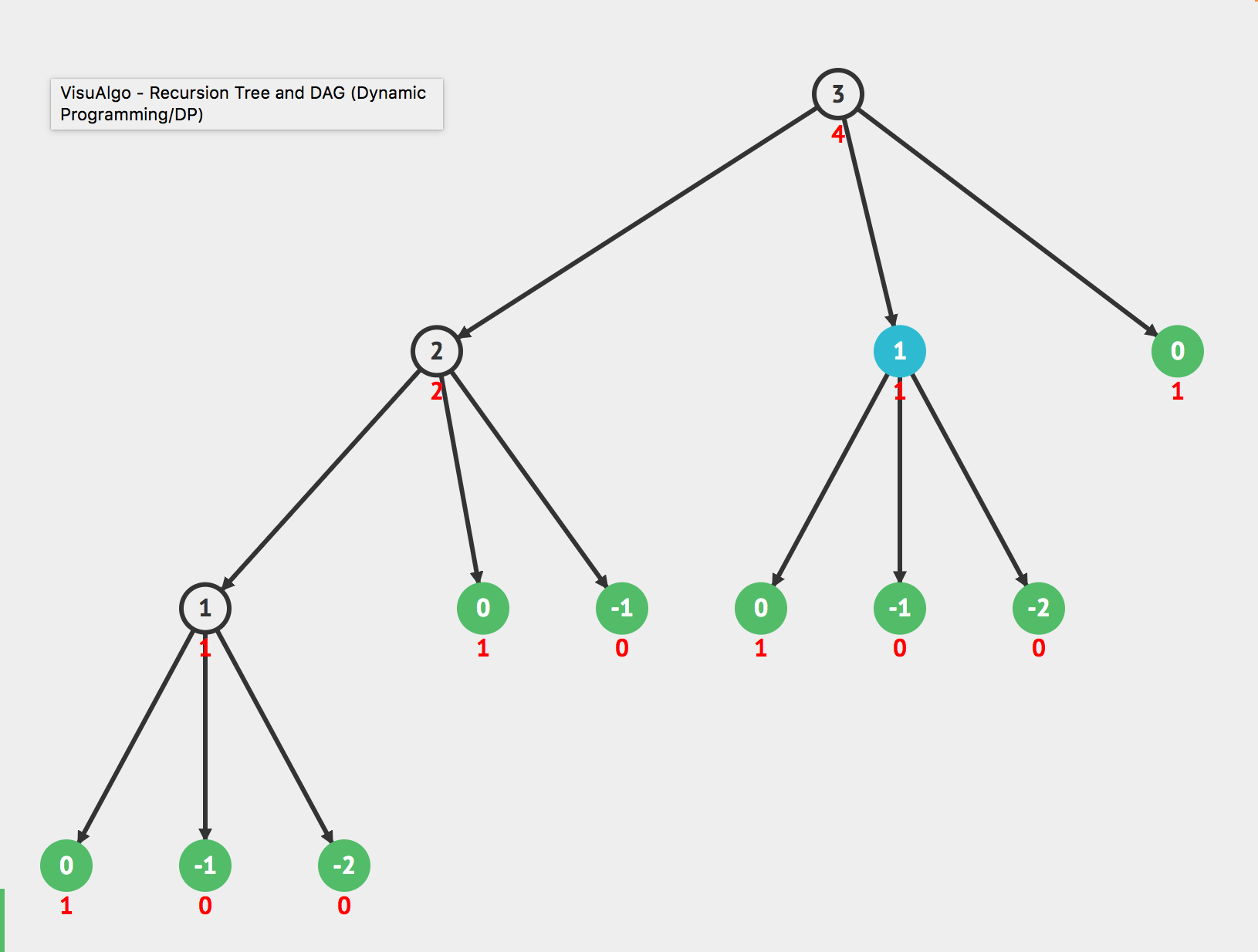 UPDATE (on Charles, and quicksort comments):

How to derive base cases

The following is the pseudocode:

As for the above tree, you don't need to "unravel" for the case $N=3$ since it is the base case which is handled in a single if-statement. However, for $N=5$ the recursion tree would look like as the following:

Note that the above method of counting is the most terrible way since you always solve the same subproblems (overlapping subproblems) many times which leads to the exponential time. You could rewrite the algorithm which solves iteratively without using recursion as following

Finally (as quicksort noted in his/her comment), you could solve the above recurrence relation and find the closed form formula which gives you $O(1)$ solution (without need to compute the entire sequence up to $N$).

Not the answer you're looking for? Browse other questions tagged recursion or ask your own question.

4
Counting Total Number of Non-Equivalent Configurations in a 2-D Grid
2
what are Structural recursion, primitive recursion, recursion combinator and recursion principles?
8
Difference between Tail-Recursion and structural recursion
1
Understanding recursion tree for withdrawal formula
1
Solve recurrence where the base case's time complexity is a function of the original input size
13
Why is tail recursion better than regular recursion?