Apologies if this is the wrong place to ask. 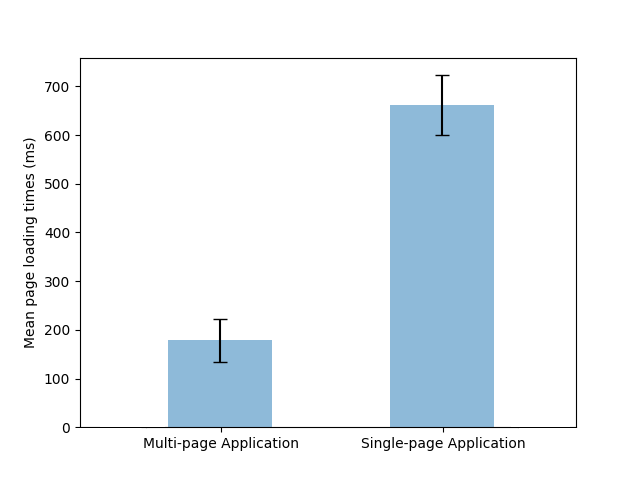 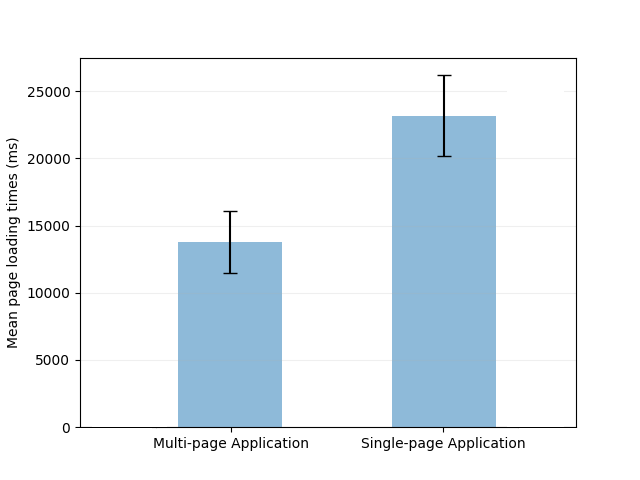 Edit: The mean exponential parameter is 1 (second). The multi-page app total size transferred is significantly smaller (58KB), than single-page app (267KB) which due to the JavaScript framework, so it is expected to load faster. SPA also has more files to download, therefore more round-trips.

To do a simulation:

At step 2, say we have a 1000 byte stream, it will take 200 byte and delay it in the background, take another 200 byte and delay that in the background too, and keep doing it. Meanwhile it will check overlaps, so if the first chunk has a delay (plus current time) that is greater than the delay (plus current time) of the second, meaning the second will get sent first. We want to delay the second chunk the same time, so it gets sent in order.

I hope that makes sense. Please let me know if it doesn't.

The time to load a web application is a sum of multiple factors, including at least:

The second factor depends on the amount of delay you're adding; the first doesn't. Also, the multi-page application might cause more TCP connections, causing more of the first type of delay; but it downloads less data, so less of the second delay.

So there's no reason to expect things to scale as simply as you are expecting. Instead, the resulting performance will be a more complicated function of page size, RTT time, and delay.

Not the answer you're looking for? Browse other questions tagged randomness performance experimental-analysis or ask your own question.