Figuring out the language accepted by a DFA?

I have been asked to give a formal description of a finite state machine. I have tried for over five hours to minimize it, to understand what gets accepted, and what gets refused, to no avail. I really am in need of help. If solving the problem does not seem reasonable, I would really appreciate any tips to attack this problem. The machine looks as such: 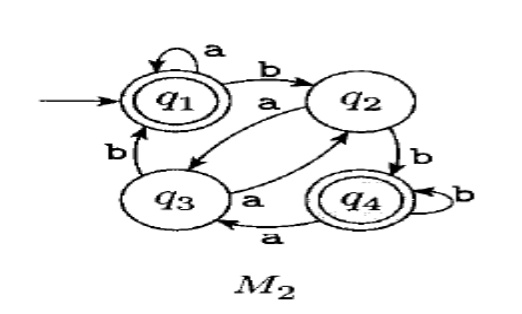 I would follow a similar thought process for arriving to q4. However, I can't seem to write a language that encompasses all of the possible combinations of these, along with the union of the two. I appreciate any help. Thank you very much.

EDIT: My attempt at minimizing the state machine :

I look at the state diagram of the state machine, which looks something like the following: 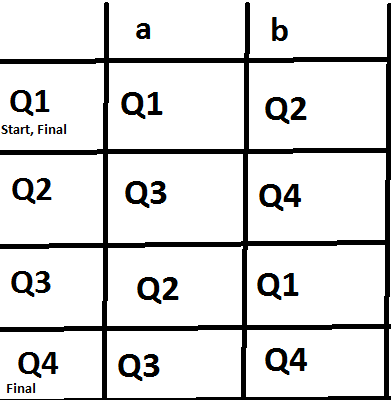 resulting in the following state machine: 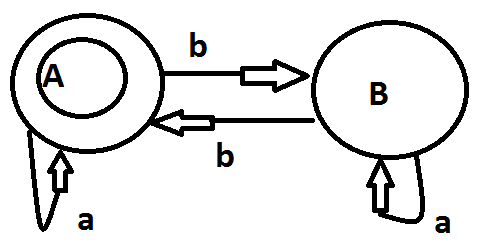 In the initial machine, bbb is accepted, but not in the minimized version. Hence, I don't know where I went wrong.

3
How to find $L_q = \emptyset$, a state that is not reachable for any given string?
11
Not able to convert from NFA to DFA
2
Problem understanding DFA & NFA equivalence in Theory of Computation
5
Understanding the heuristic used for approximate string searching through an FSA
1
Simulating DFA operations on non-regular languages with finite final state set
0
What does it mean “given a NFA and its accepted language L build the DFA that accepts L*”?
3
Understanding application of Arden's theorem to find regular expression