What are the (efficient) algorithms to cluster squares into groups using a threshold such that the closest squares form groups?

I have a set of rectangles that needed to be grouped based on their locations. (All the rectangles follow the same orientation.) Two rectangles would be in the same group if the distance between them is less than a certain (constant) threshold. 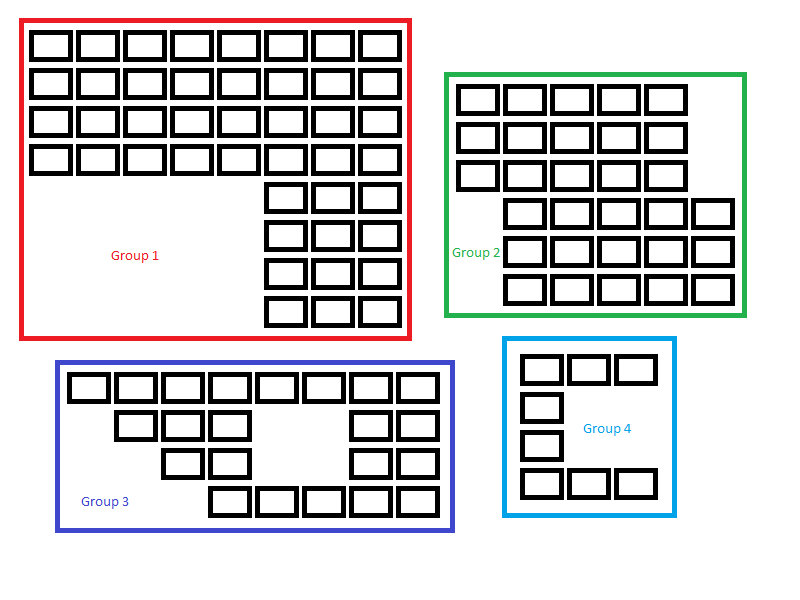 The obvious algorithm will find all groups in ${O(n^2)}$ time. What I am looking for is an efficient algorithm that can perform better.

Not the answer you're looking for? Browse other questions tagged algorithms computational-geometry clustering or ask your own question.

2
Minimum number of sets of points
4
Looking for a good algorithm to divide the nodes of a complete graph into groups
1
combinatoric grouping optimization problem based on time interval overlap, weight constraint, and distance minimization
1
splitting of people betwen groups with group prioritiy list per person
2
Fast algorithm for finding the size of each connected component in a graph of 2D points