Depends on how you define a context switch.

In the traditional sense it means saving all registers/cpu state changing the mmu state and then going elsewhere to answer the call and after it's finished restore everything.

It is not necessary to save all state for all operation. For example a mutex lock needs to check no other thread/process is using the mutex and then set it marked.

In a single-core cpu you can do that by ensuring that no interrupts happen during the mutex operation and then by virtue of being passed the point of interrupts being disabled you know you are the only one touching the mutex at that point. The only way another thread could be in the middle of the lock operation is if it re-enabled interrupts or it context switched out because the mutex was already taken. Both scenarios and where in the code they can happen are under full control of the kernel code.

Having said all that, saving the context isn't that expensive. The more expensive part is all the cache misses that will happen as the instruction flow goes to cold memory.

A system call does not necessarily require a context switch in general, but rather a privilege switch. This is because the kernel memory is mapped in each process memory. The user process cannot access the kernel's memory because the memory mapping indicates which part are for the user and which parts are for the system. Thus a system call is really just a change of privilege, not of process. On some systems, like micro-kernels, a system call may involve a context switch because drivers are in a different process. But on monolithic systems like Linux this is not necessary. Linux also supports what is called the vDSO to implement some system calls entirely in userspace. 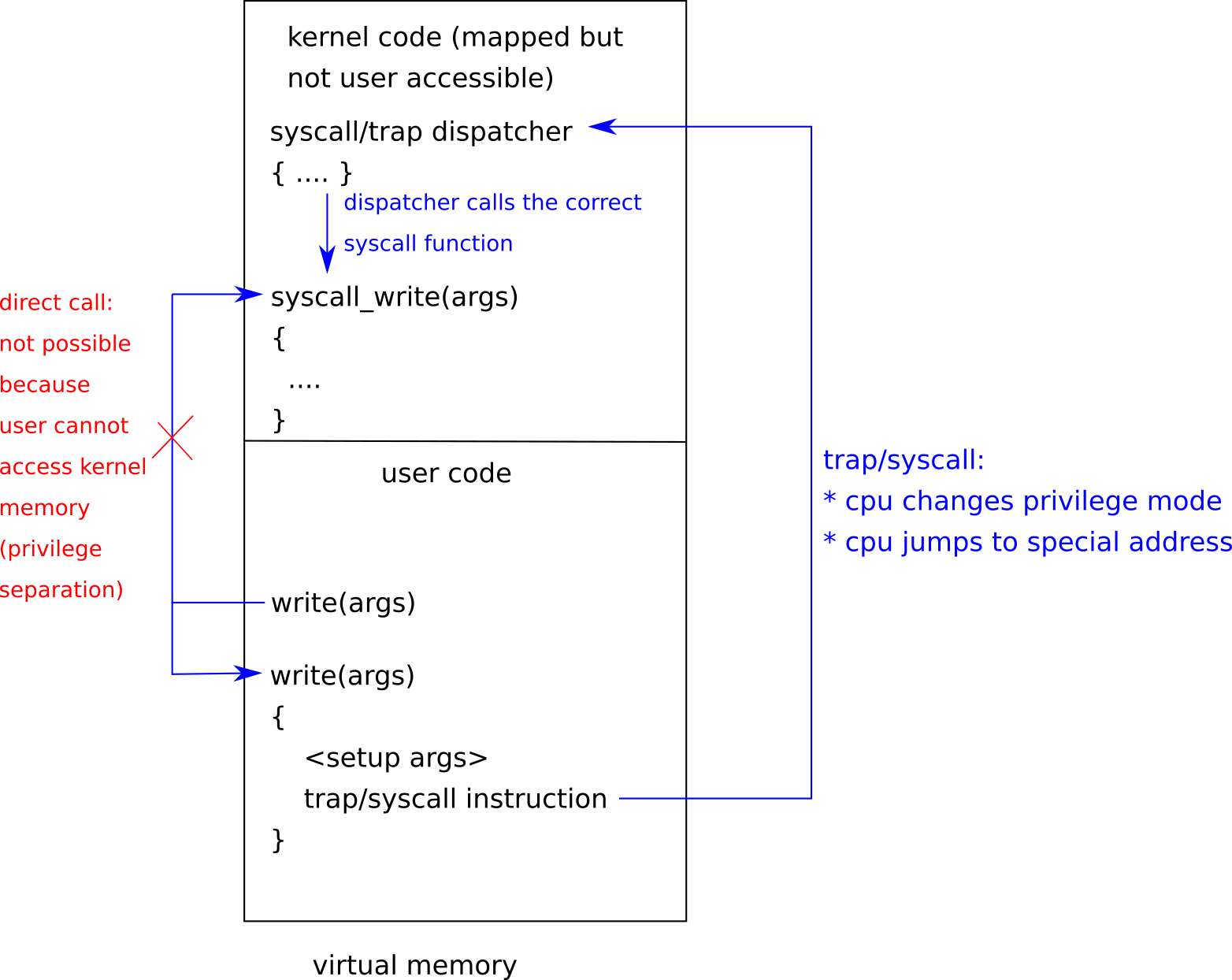 13
Are all system calls blocking?
13
How does the processor find kernel code after an interrupt?
5
How are system calls handled in a virtual machine?
2
Is thread in operating system = thread function in programming languages?
6
Why operating system needs interrupt stack, if it has process control block?
9
What's the difference between user registers and kernel registers?
0
Software management of TLB misses?
1
What happens if there is context switch while executing system call?
1
Context switching and Program Counters