In state diagram of DFA is it mandatory to keep a final state. I mean whether DFA is possible without final state or not? 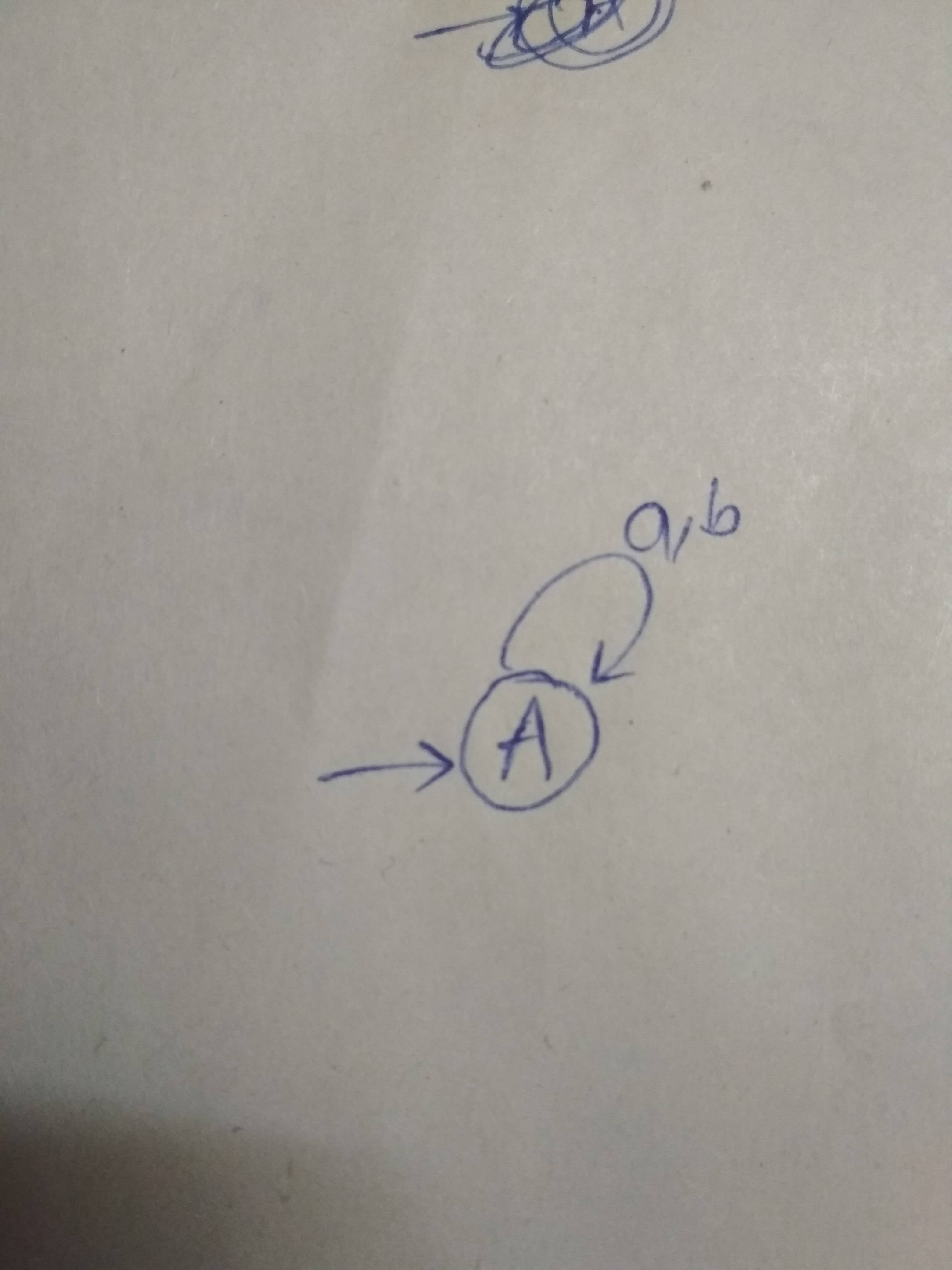 The definition of DFAs calls for a set of final (aka accepting) states. Nothing requires that set to be non-empty. But note that a DFA without an accepting states can't accept any input, so all such DFAs are essentially equivalent to the one you drew.

3
NFA to DFA final states proof
0
Number of states in minimal Non Deterministic Finite Automata
0
Can a DFA just have one state that is both the initial state and the final state?
13
Is it mandatory to define transitions on every possible alphabet in Deterministic Finite Automata?
1
Is there a DFA that accepts no string, but has at least one final state?
1
Simulating DFA operations on non-regular languages with finite final state set
0
What happens during the DFA reversal construction if the initial state is final?
4
Understanding trap and dead state in automata
8
Finite state automata: final states
9
Why do DFAs with a single final state have less power?