How to find the minimal path cost from left edge of a grid to the right edge using dynamic programming?

Is my logic on the right track? I'm really not sure regarding the steps 1) and 3). Also because Bellman-Ford calculates edges costs do I need to perform any reduction in this algorithm because costs are not stored on edges but rather on nodes?

You can solve this problem filling the following table.

Let's say that $cost(row,col)$ is the minimal cost that can be achieved starting from one node on the leftmost edge of the grid and ending in the cell $(row, col)$, only performing valid operations.

The answer to the problem will be the minimum among all $cost(i,j)$ where $j=last\_col$. Notice that table $cost$ table is the same as $opt$ table, but now you have the proper semantic of it's entries, so it's easy to fill base values, and extract final values.

Why Bellman Ford (BF) works here in the way you do it.

Let's transform our problem into a valid instance for BF, and the let's modify BF to run in $O(n^2)$.

Let's say we convert each cell of the grid into a node, and you put an edge between node $u$ and $v$ if the transition from $u$ and $v$ is valid. Let the cost of edge between $u-v$ be the original cost of the cell $v$, so moving through this edge adds to the overall cost getting into node $v$, as we expect.

Now we have two problems.

Let's get rid of both problems, starting from problem 2. If you add an extra node connected to every node at the first column, you simulate the process of starting at every node in one run. Look at the following image for more understanding. I didn't pain all connection but just a few. 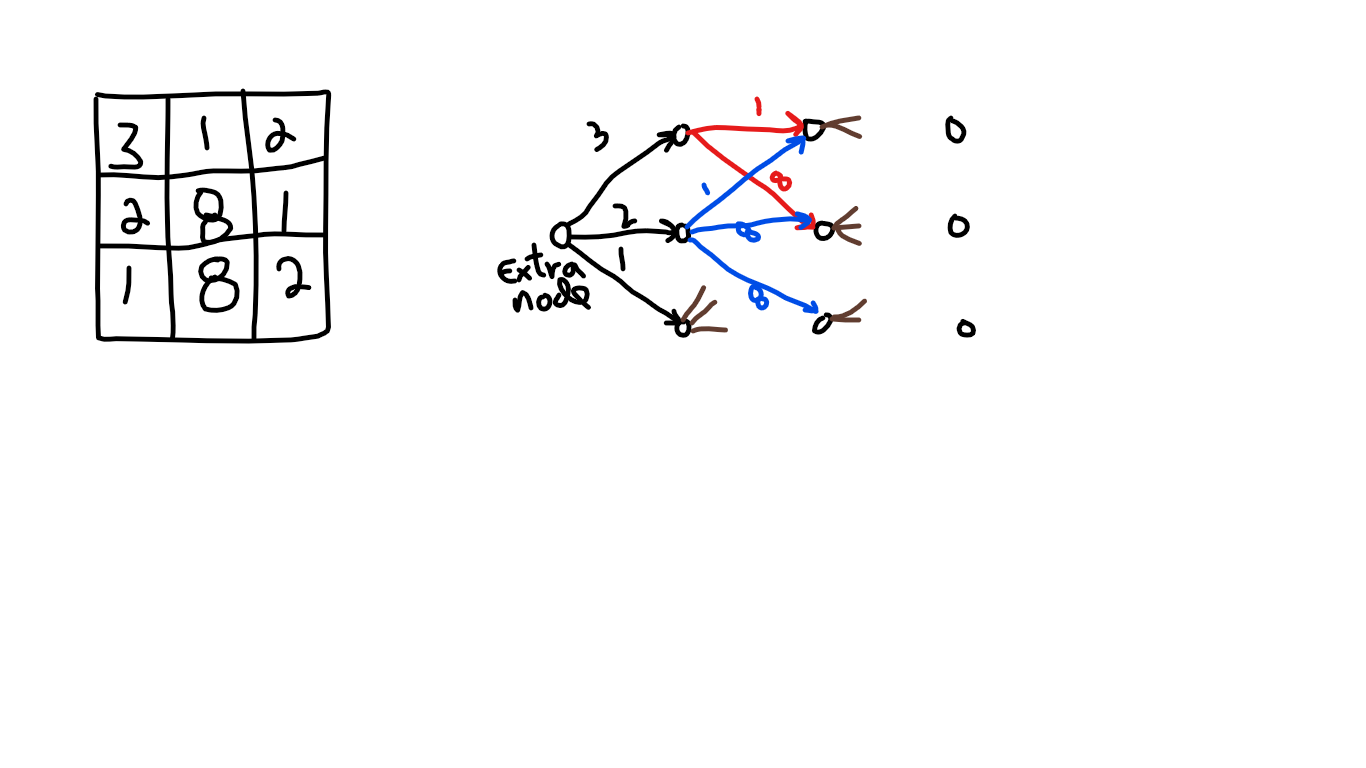 To get rid of the first problem, you need to exploit the structure of our graph. It is not so general. You can only reach nodes in the $k^{th}$ column in the $k^{th}$ step, and since there is no backward edge, in this step only nodes in this column needs to be updated. So overall complexity will be $O(nodes) = O(n^2)$.