I have bought a currency while the rate was 1.0. As soon as the conversion rate has increased to 2.0 I would like to sell the currency. Now, that would be an easy task to do. But we are not searching for "easy" tasks, are we?

Here is a visual representation of what I want to accomplish: 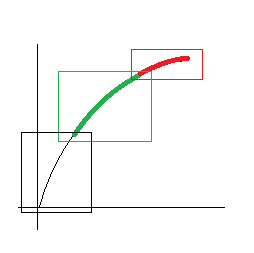 Is there an algorithm to accomplish this task?

At this point - it is not clear to me:

Any advices are appreciated.

You are seeking to predict future values of the time series based on past values. There's lots in the area of time series analysis and prediction; I suggest reading about those topics. The right approach will depend on domain knowledge and how currency rates tend to change and what statistical model is appropriate in your setting.

16
A scoring approach to computer opponents that needs balancing
6
Scheduling Algorithm for aperiodic multiprocessor tasks
3
Efficient algorithm for detecting overlaps in time intervals
5
Mutual exclusion algorithm using only atomic reads and writes for unknown number of processes and robust to process abortion
0
An algorithm to generate all connectible pair combinations
1
How can two maps be compared?
1
How to properly calculate the order of growth of an exponential algorithm?
1
What algorithm can solve the conversion engine problem?