A message from our CEO about the future of Stack Overflow and Stack Exchange. Read now. 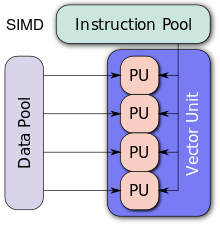 1
Are interrupts needed for a computer system to work?
2
Difference between virtual memory and job pool
1
Under which field of computer science does cloud computing fit?
0
What does 'RTU' mean?
1
What is the meaning of idiosyncratic when refering to multiprocess abstractions?
0
What is a 'dynamic entity' in computer science?
2
Is the constant pi (not Raspberry) ever used in general computer science?