Does this PDA reject the string aabbcc?

I've been given a solution, included below and I do not see how it would reject a string where i=j.

The example given should reject an input string such as aabbcc where there are an equal number of a's an b's, so i=j, however I don't see how it would reject it. Wouldn't it just push 2 a's, transition to state 2, pop 2 a's, epsilon transition to state 4, read in the two c's without popping or pushing and then accept? Is the given solution wrong or am I missing something? 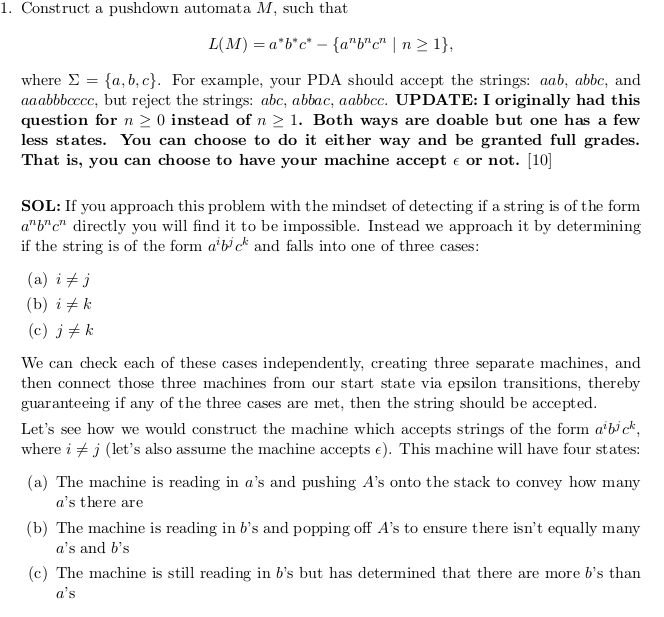 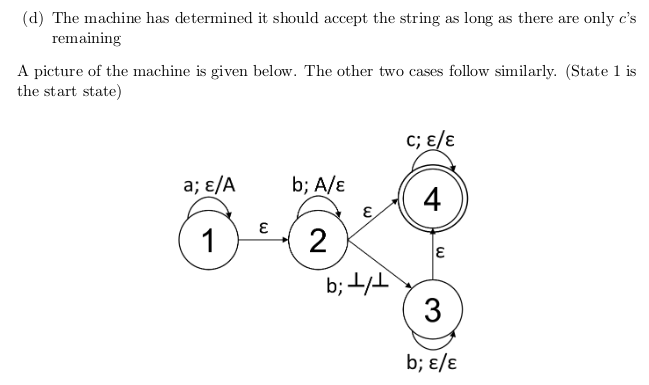 Browse other questions tagged automata finite-automata pushdown-automata or ask your own question.

4
Creating a Deterministic Push Down Automata
2
Converting final state PDA to empty stack PDA
3
When does a PDA split?
4
Proof that PDA's with different definitions have same expressive power
2
Pushdown automaton accepting $\{a,b\}^*$ with twice as many $a$s as $b$s
3
When does a PDA halt?
1
NFA accepting the empty string
4
Basic doubt in converting PDA to DPDA
1
Construct a pushdown automaton for $\{a^{2n}b^{3n}|n\ge0\}$