Now, elements ($E_i$) arrive serially with properties such as:

When an element arrives, we have to place the element in one of the 4 sets, immediately i.e. we cannot wait for all elements to arrive, and then decide.

When a new element arrives:

Objective Accommodate the newly arriving elements, while having less number of redistribution.

An illustrative example depicting the problem is attached. 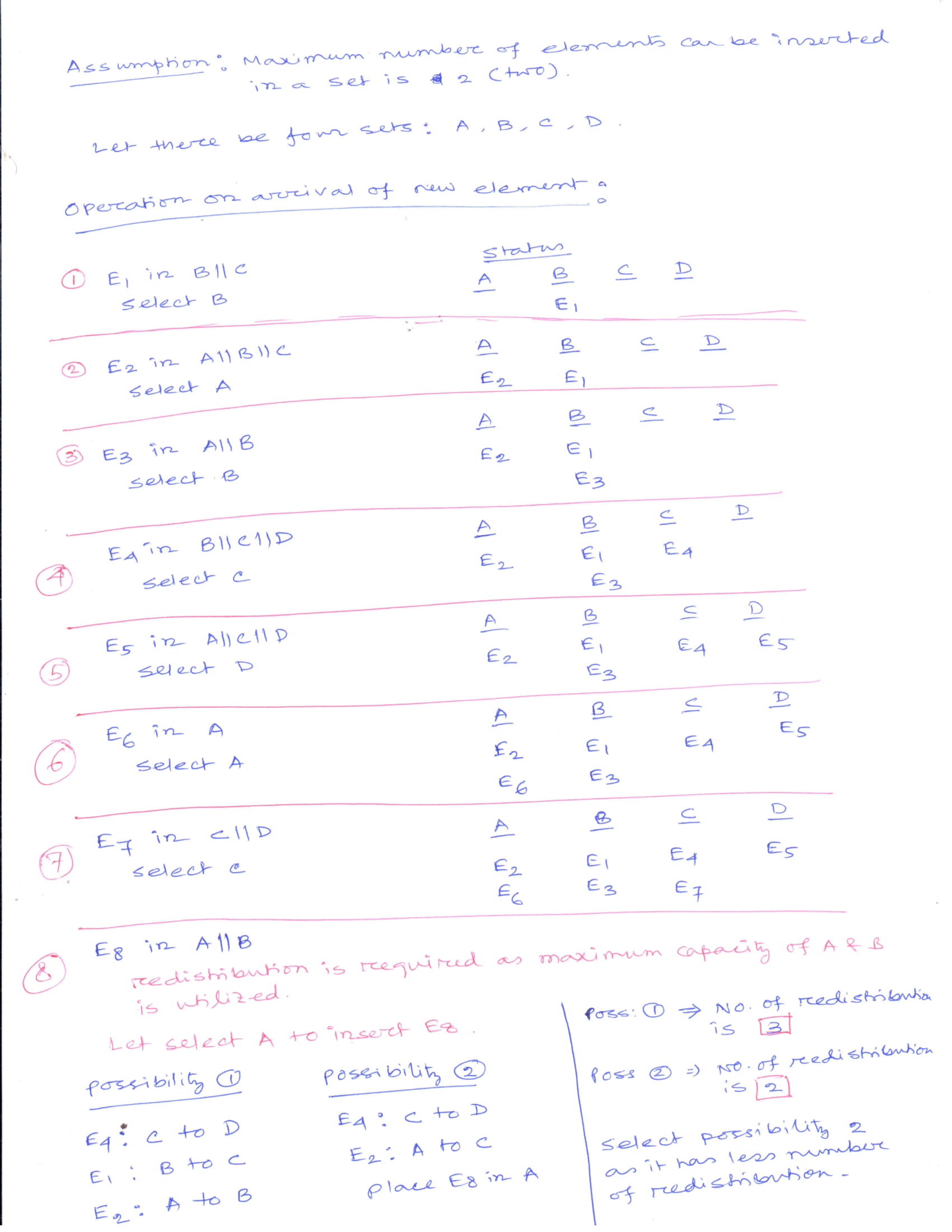 What strategy should i choose to achieve the objective? I need an algorithm for the redistributions that is scalable to large number of sets and more than 2 entry for each set.

In the picture, randomly I have chosen 2 possibilities, one of which yields less number of redistribution than the other. So are there any approaches other than exhaustively checking all possible combinations?

I can suggest two approaches:

First try to find if there is a way to place the element, without redistributing any previously placed elements.

If not, try to find a way to place it, by redistributing exactly one previously placed element. This can be done by enumerating all possibility for which element you redistribute and where you redistribute it to, to see if that leads to a valid placement.

To get a more scalable solution, I suggest you use a SAT solver.

Thus, you can represent the problem of finding a solution using at most $r$ redistributions as an instance of SAT, and solve it using an off-the-shelf SAT solver. Use binary search over $r$ to find the minimal number of redistributions needed.

I expect that this will scale much better.

Suppose each set can contain at most $k$ entries.

Consider an arrangement as a flow in a directed graph where 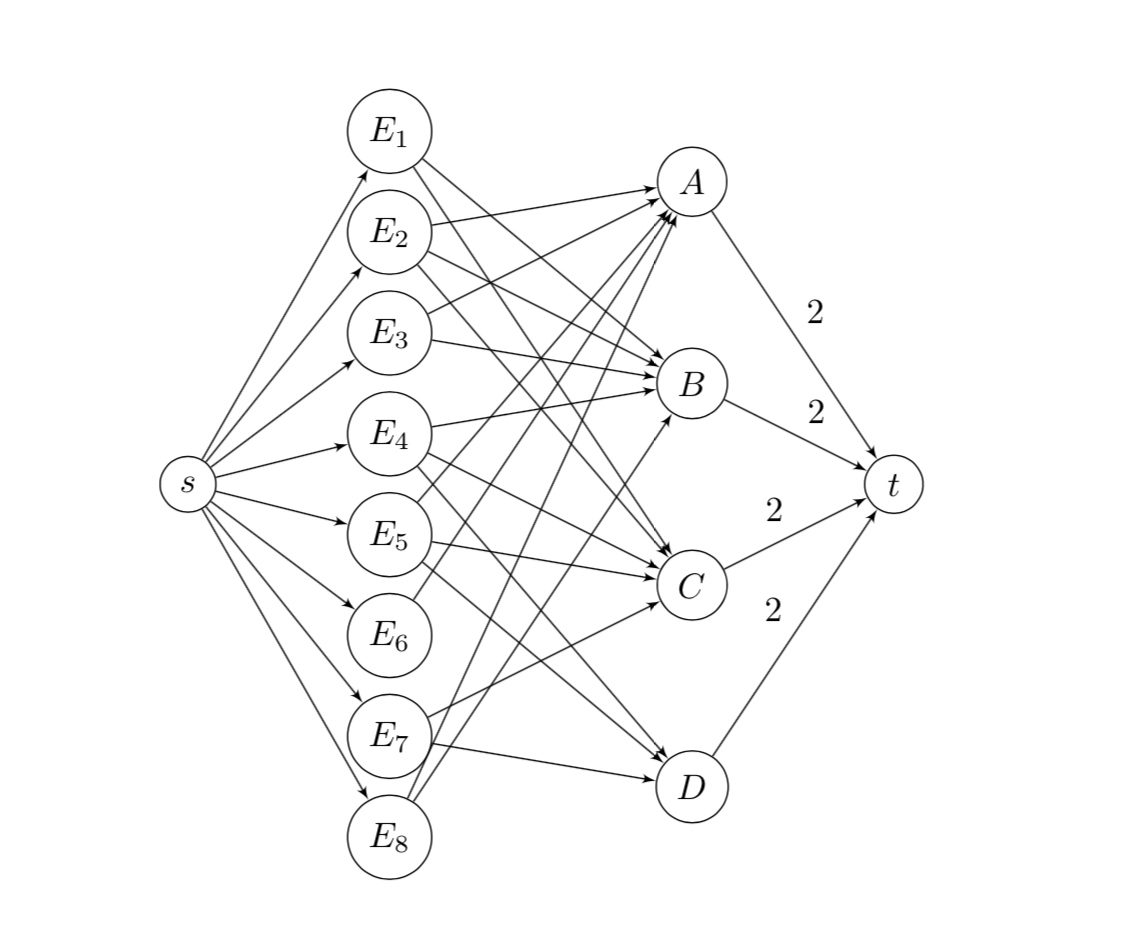 The flow before redistribution is represented by bold edges in the following graph, where except the three edges indicated, values for other bold edges are all $1$. 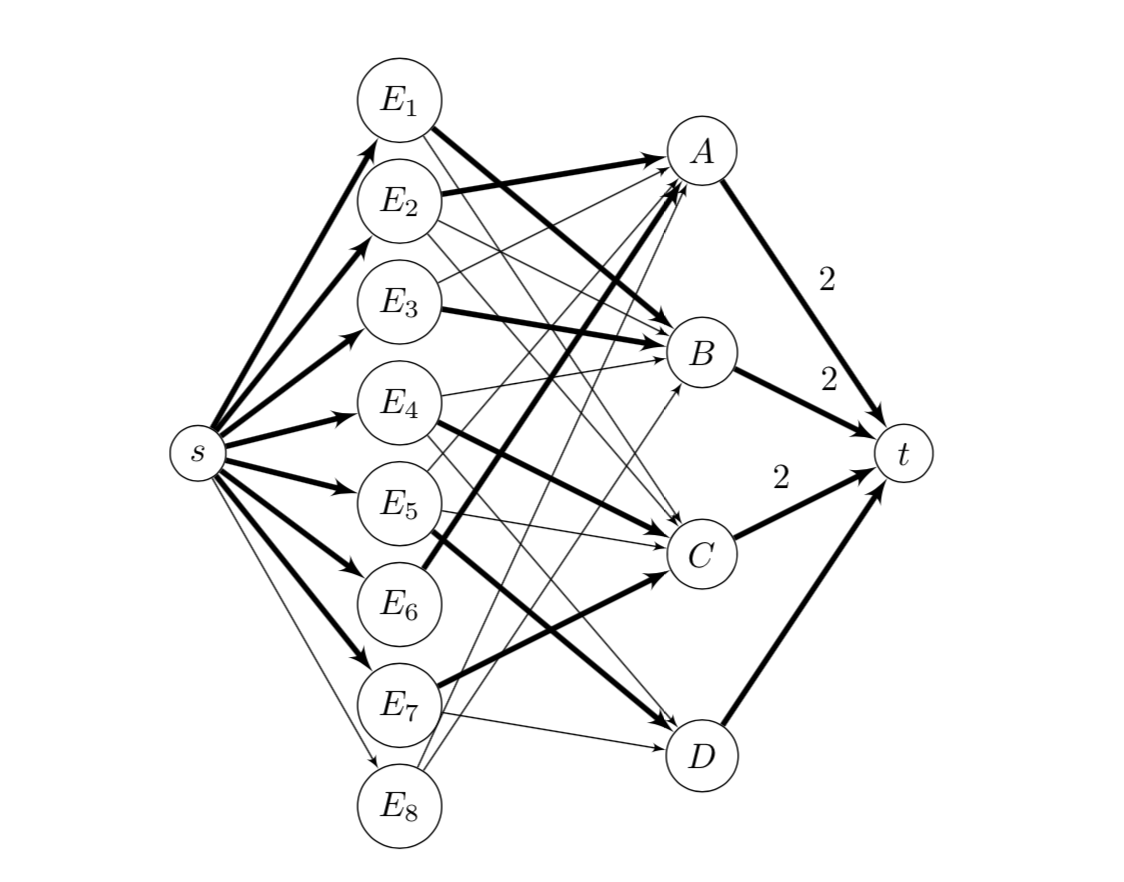 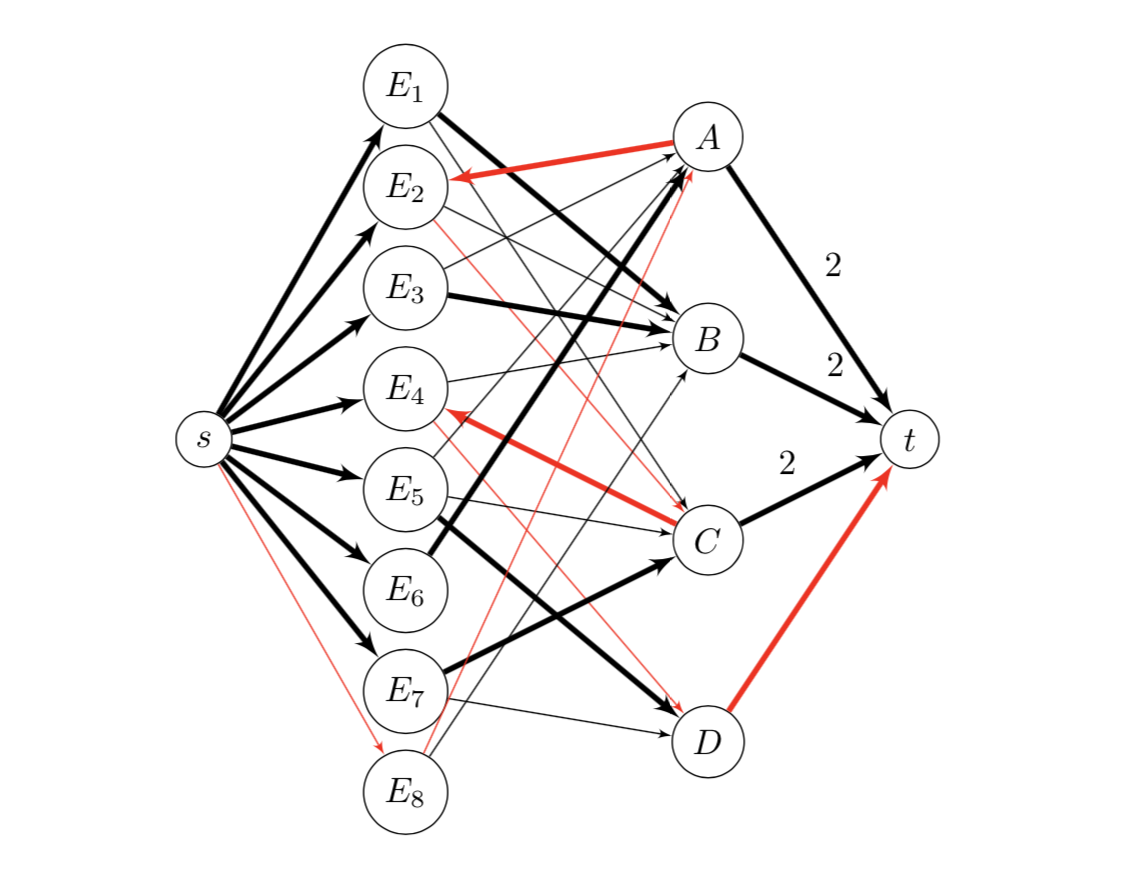 1
Online and parallizeable set intersection algorithm
0
Checking whether a node is expandable
5
An algorithm for a minimization problem, How to minimize the wasted length of combination of multiple items with different length and number
0
Online Set Filling
2
What is the best solving algorithm for a game with stacks?
2
Average Case Analysis of Insertion Sort as dealt in Kenneth Rosen's "Discrete Mathemathematics and its Application"
4
Proving O(log n) bound for the number of iterations when we select the average as the pivot
2
Random splitting with fixed size range