** Edit: I just noticed my current algorithm is incorrect, as it only finds paths starting/ending at the given node. I'm trying to figure out a solution, but I'm a bit stuck.

Say I have an undirected graph. I would like to find all possible combinations of nodes that could be connected with a single path, that include a certain node.

Take this graph for example:

The solution for node A would be:

I understand this is a -very- hard problem with a lot of results. To make it simpler it is allowed to have some duplicates in the end result, but less would be better(this makes cyclic graphs a bit easier).

My current(naive) solution is as follows:

See the following example. The problem with my algorithm is that a lot of duplicates are generated. Here the bottom two items in the example tree are the same solution. 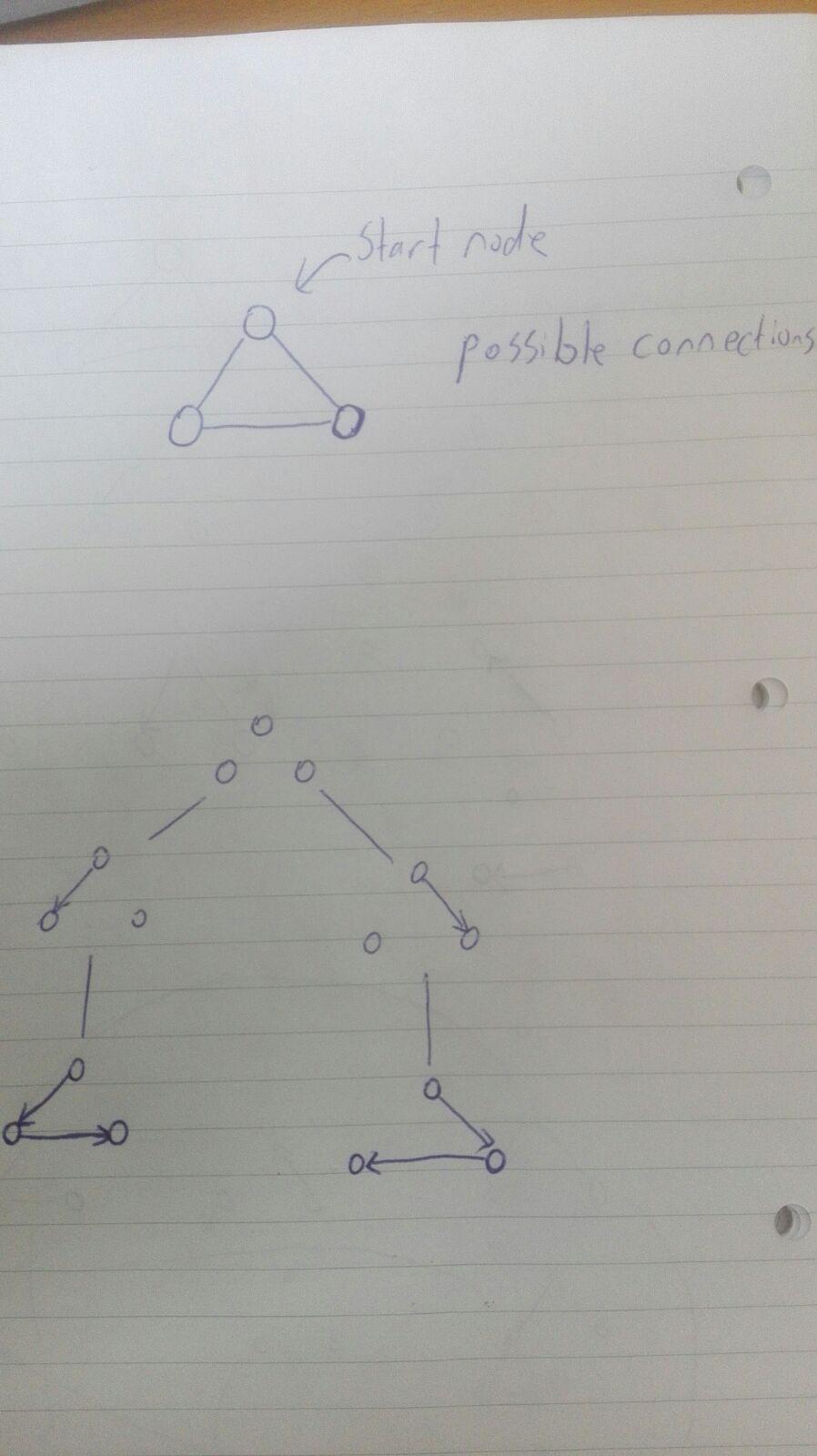 Just use depth-first search. Each node you encounter in the search tree corresponds to a path from the source vertex.

Not the answer you're looking for? Browse other questions tagged graph-traversal or ask your own question.

1
Path optimization in a DAG: maximizing number of least cost arcs
0
Longest path in directed graph cyclic graph where each node has one children
1
How to minimally extend a digraph such that all nodes are on a cycle?
0
Find a path that contains specific nodes without back and forward edges
4
How to identify named points by coordinates?
6
Find all nodes on simple paths between two nodes in cyclic directed graph
1
Product of all nodes except for one in Binary Tree
2
Calculating the structural integrity of a pixel grid
1
Circular path visiting fewest nodes
2
Are recursion and a stack equivalent in terms of inplementing DFS?