Problem with determining the shape and direction of the Huffman Diagram

I have the phrase "abracadabra" and I want to encode it through the Huffman method. I first took the frequencies of each letters; $$a=5$$ $$b=3$$ $$c=1$$ $$d=2$$ $$r=2$$ But I'm not sure as to how the diagram should look like. I made a few and some of them are correct. Also what determines the direction the branches take? Is there any fixed criteria for it? 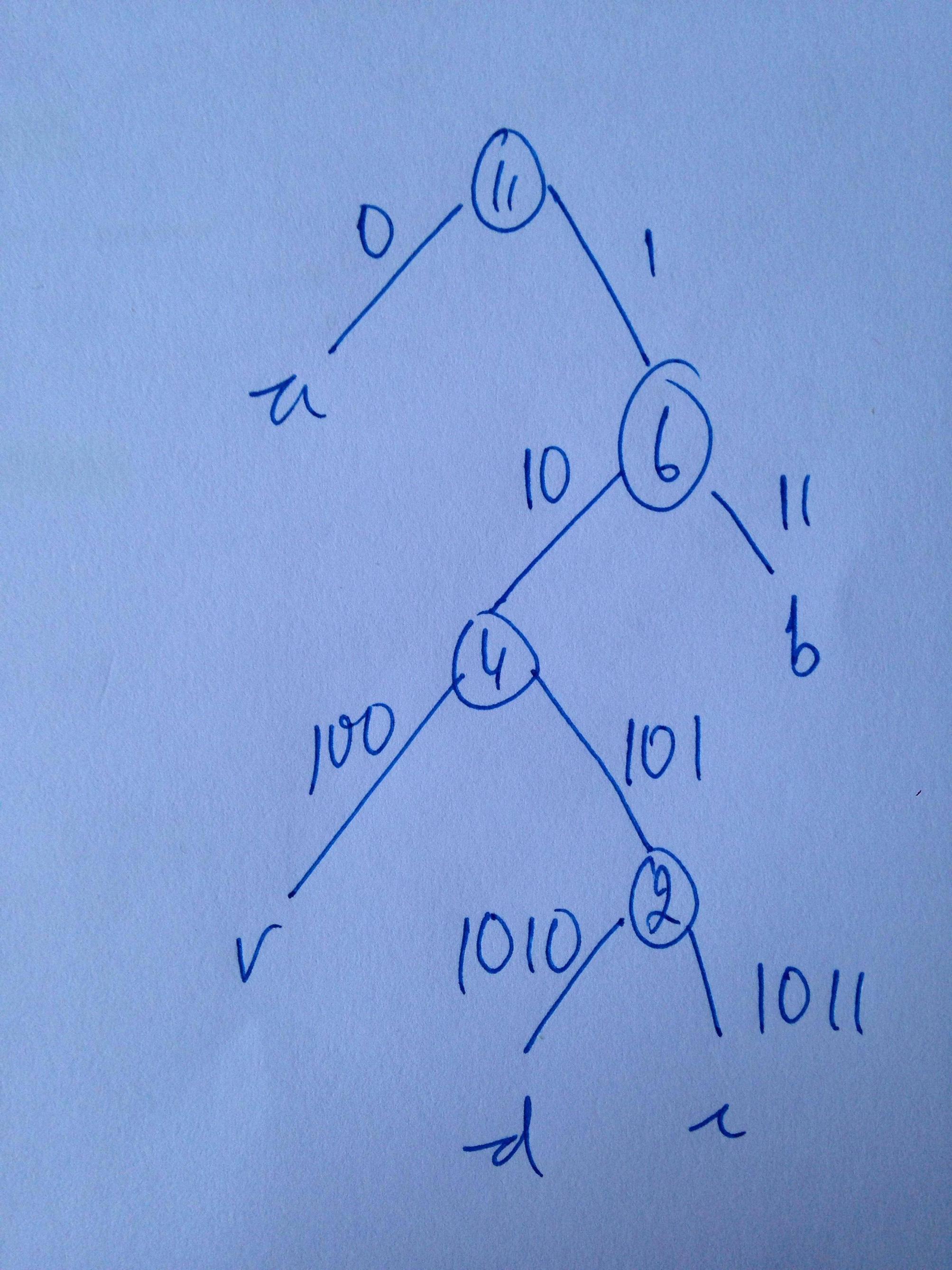 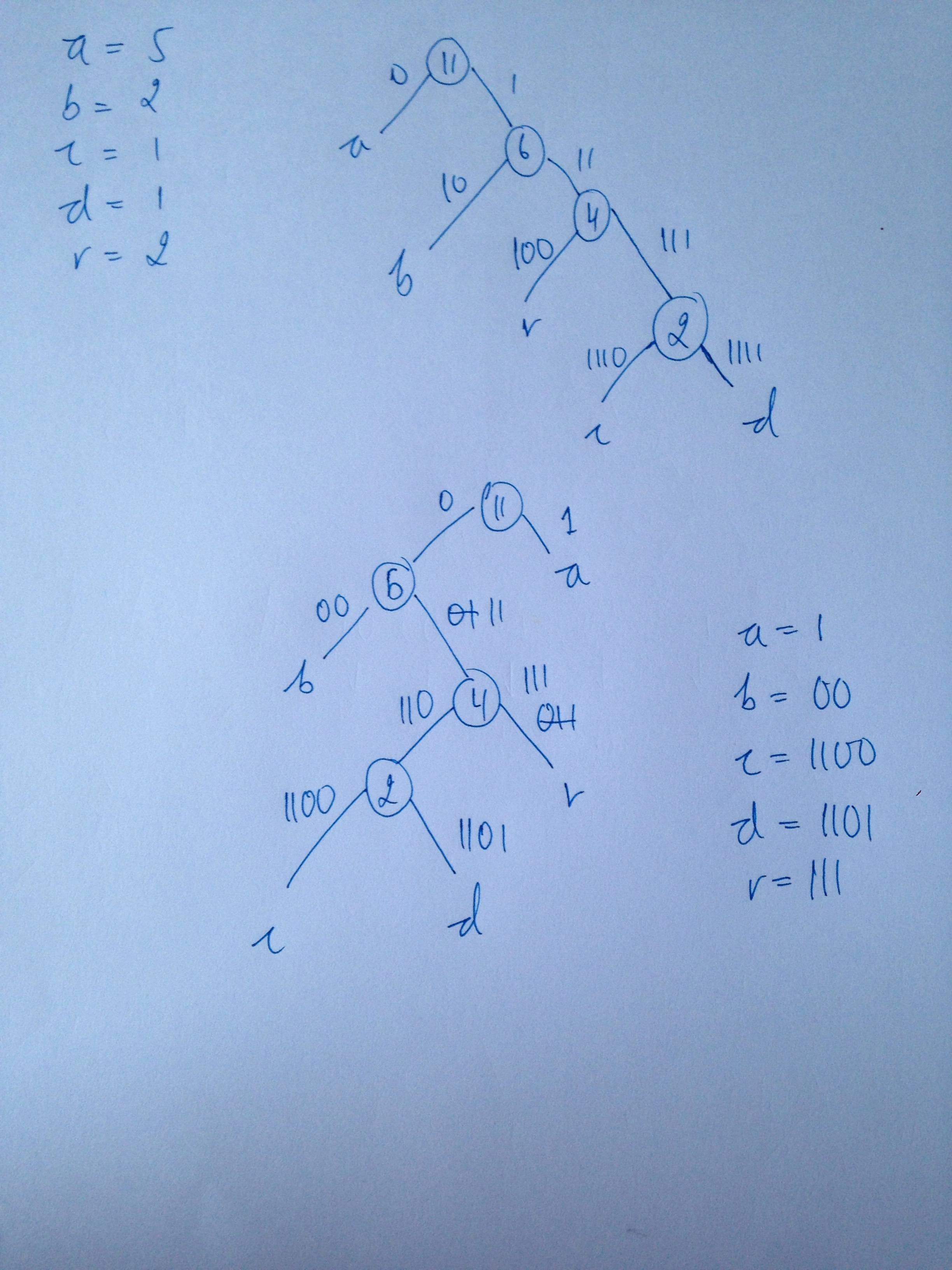 Huffman's algorithm is non-deterministic — at several junctures you have more than one admissible choice. For example, at the first step, you can merge either $c$ and $d$ or $c$ and $r$. As another example, you can choose which child is left and which is right arbitrarily. Any particular implementation of Huffman's algorithm has some tie-breaking rule which makes it deterministic, but any choice would lead to a minimum redundancy code, and the generic Huffman algorithm doesn't specify any specific tie-breaking rule.

Not the answer you're looking for? Browse other questions tagged algorithms information-theory data-compression huffman-coding or ask your own question.

5
Finding the greatest $k$ numbers with a certainty of $p$
0
Help with a dynamic programming solution to a pipe cutting problem
3
How to handle horizontal lines in the Polyfill Algorithm?
6
Arithmetic coding and “the optimal compression ratio”
3
Depth of a leaf in a prefix tree (Huffman Coding)
1
Finding an index such that $A[i] = i$ in a strictly increasing integer array
2
Weighted probability using Huffman Tree
3
Algorithm for animating/morphing convex polygon diagrams
0
Using A* path finding is giving me inaccurate results