Markov Model to compute the probaility on the $n^{th}$ day

This is a question about Markov Models. Let's say we have the following situation 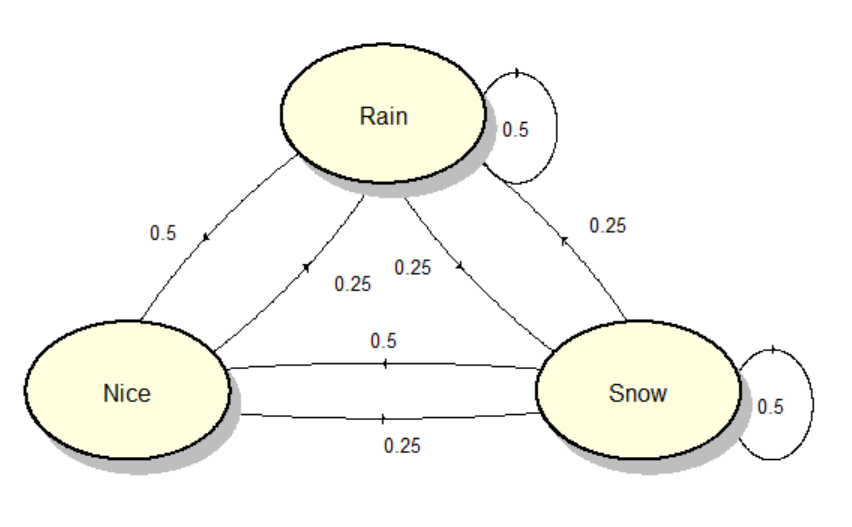 I think that you could take one possibility of a sequence of events, such that on the $7^{th}$ day it snows, such as nice, rain, snow, nice, rain, snow and snow which has a probability of $0.1953\%$ and then add all such probabilities but I'm not a 100% sure.

Yes, you just add up the probabilities of all the possibilities. However, there's a conceptually clearer way of doing it that's less error-prone.

Powers of the transition matrix can be computed efficiently with repeated squaring – for example $M^7 = (M^2)^2\times M^2\times M$ and there's the bonus that you get all the $n$-step probabilities instead of just one.

Not the answer you're looking for? Browse other questions tagged probability-theory or ask your own question.