As you can see from the title this is the impression that i have on this problem, but probably it isn't impossible.

The required DFA is :

Maybe I've misread the requirements I've thought of them as follows :

One user suggested to do this :

"Note that you can build a simple DFA which checks if the difference between the number of ones and the number of zeroes never exeeds 2 for any prefix of the input string: Add accepting states qk for −2≤k≤2 (where q0 is the initial state) and a rejecting sink state qs with transitions qk→qk+1 via 1 and qk→qk−1 via 0 for appropriate values of k and qk→qs for the other values."

but I don't understand quite well what it means, I've tried some solutions on my own and they don't work properly : 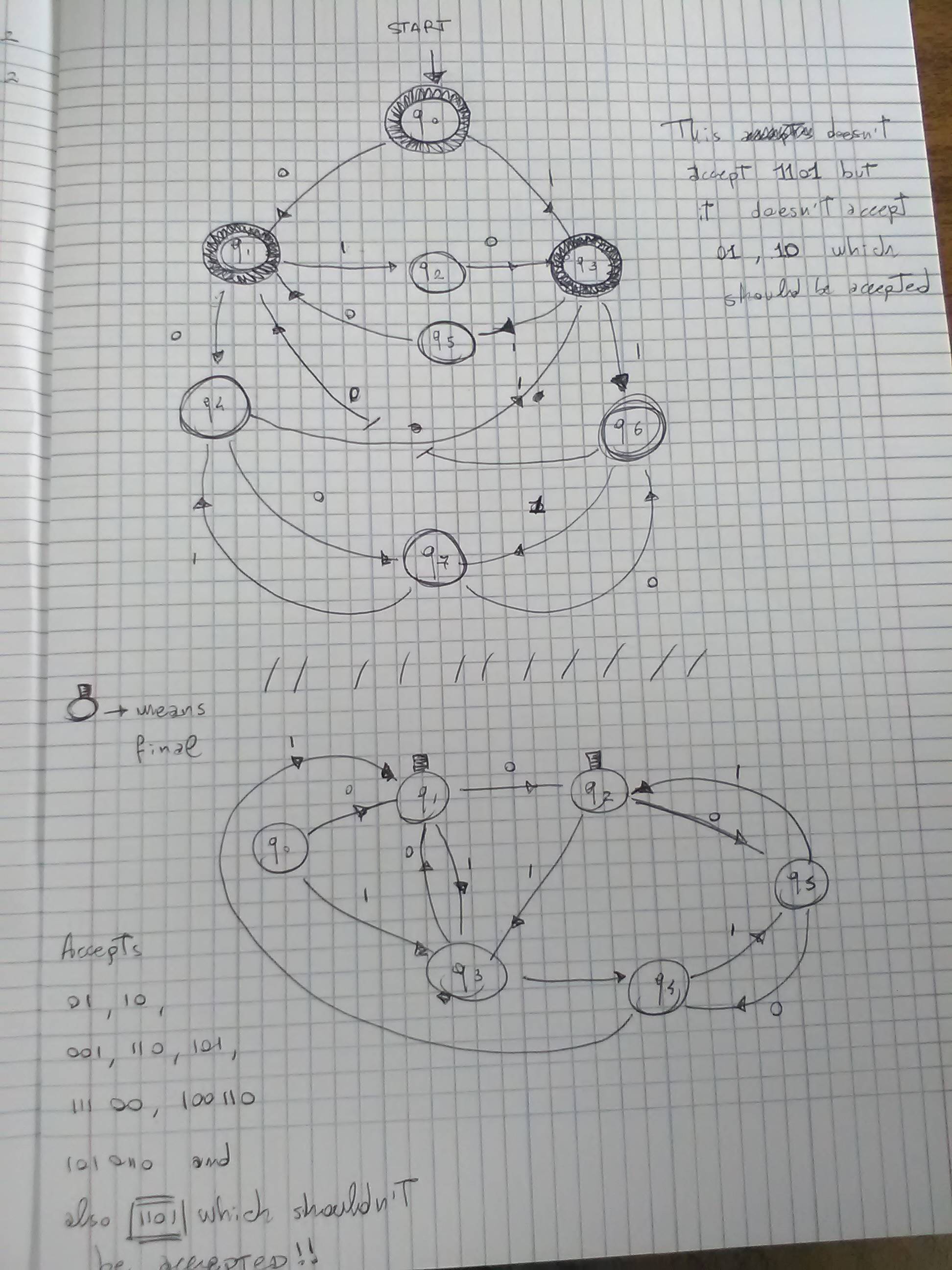 Any possible solutions? EDIT The DFA should be impossible as a matter of fact : here is the explanation

Note: I am the user who gave the comment cited in the OP on the CSTheory thread. Also, I am writing this as an answer rather than a comment to JohEker's post as I do not have enough reputation here to comment.

The idea is to exploit that we have a finite, local bound on the difference between zeroes and ones in the input word, i.e. we accept every word where this difference does not exceed 1 at any point. Note that if we drop the requirement that this holds for all prefixes, then the language is not regular (and thus not recognized by a DFA) by the Myhill-Nerode theorem as pointed out by JohEker. 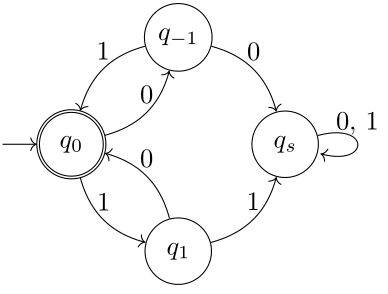 How does the formal description of this language look like? A finite DFA does not support infinite languages that require to balance the different parts together, because we would have to keep building new states forever. Lets say we have L = {0^i 1^j | i = j}. Which is, we need to start making 0s, and then we need to make equal amount of 1s. This would be easy for the strings {"01", "0011" "000111"}. By just manually add that path of states to the DFA. But what happends with this string s = "00000000001111111111". We would have to make a path allowing exactly ten 0s, followed by ten 1s, and we would have to add another path for the next string, we would eventually run out of memory.

Using the pumping lemma for regular languages, we can also see that languages such as this are not regular, and if it is not regular, it simply cannot be converted to a DFA.

EDIT: Reading the question again i realised the language does not force us to give the stringbuilds in specific order, therefore by always controlling | #0(w) - #1(w) | < 2 and then accepting when the difference is 0, we can do something like this. 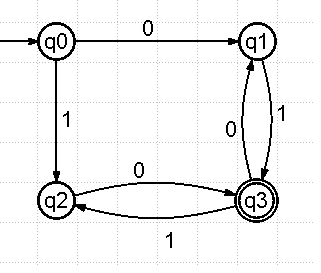 2
NFA to DFA convertion explanation
0
Getting minimum DFA for regular expression (11)*+(111)*
2
Difference between a minimal DFA and a canonical DFA
4
Does a NFA/DFA need a failure state?
2
Stuck in converting finite automata to its corresponding regular expression
4
Is DFA a Moore machine or not?
1
Construct DFA accepting strings ending with '110' or '101'
1
DFA & RE from descriptive definition of given regular language
1
Languages such that DFA requires $\Omega(c^k)$ states but NFA needs only $O(k)$ states?