What is the difference between "backhaul" and "core" network in cellular networks?

I was reading some publications on cellular networks. They constantly mention two similar concepts — backhaul network and core network. I am not sure if these two are the same stuff, or in any way they are different. Does anyone know the differences? thanks!

Let's have a little bit of a glimpse from the diagram below; 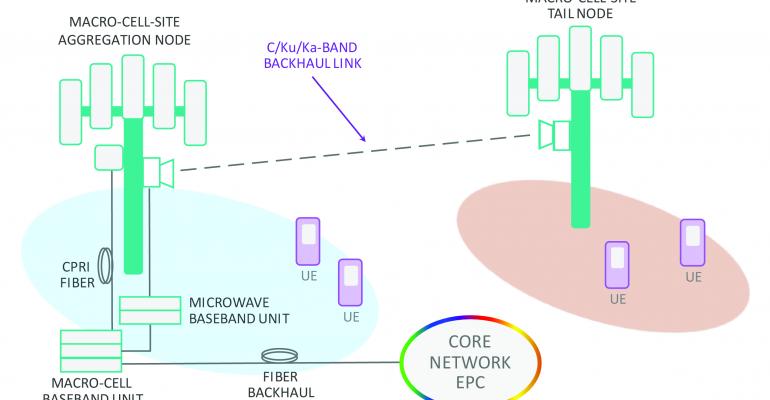 What you can analyse in that diagram,is a convention point to point (PTP) and line of sight (LOS), a microwave link uses atail node and aggregation node,which allows remote base station to access the core network through the backhaul link.

That said, cellphones also communicates with a single cell tower which constitutes a local network (subnetwork);whereby the link between the celltower and rest of the world(to the core network) begins with the backhaul link. The rest of the world is termed as autonomous network system,which is administered by global internet providers.

A high-level summary is that cellular backhaul refers to transport from remote cell towers to mobile telephone switching offices (MTSO). This backhaul is frequently provided by a third-party internet service provider via layer 2 circuits. The ISP's edge device (optical switch or router) with a customer handoff point (UNI) is located at the cell tower and the network demarcation between the ISP and the cell provider's core network (ENNI) is located at the MTSO. An EVPL (point-to-multi-point) configuration is commonly implemented with both circuits traveling from the tower to the MTSO over divergent paths to provide redundancy.

Hope this can give you some insights.

I might be wrong, I did not read this anywhere, but, for me it would mean:

This is very loose, but I think those terms are equally loose too.

Not the answer you're looking for? Browse other questions tagged computer-networks or ask your own question.

10
Analysis of and references for Koch-snowflake-like (and other exotic) network topologies
12
How does a wifi password encrypt data using WEP and WPA?
2
What's the point of Subnet Masks?
2
What's the real difference between throughput and capacity of a network cable?
1
Computer Networks: Does integrity depend on confidentiality?
0
How to reconcile the different definitions of asynchrony?
0
How many /20-subnets are in the network 130.149.0.0/16?