Fork() execution and number of processes

If a process executes the following code

The total number of child processes created is given as 7 by a text book. But how does that happen 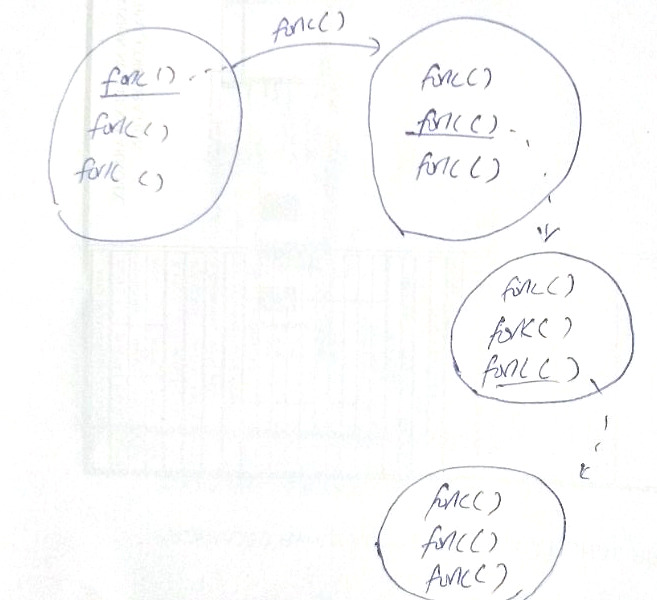 Each fork call duplicate process, so after first call there are two of them. You may call the one with pid = 0, the master process (parent, top, original).

After that two processes are in the second line (second fork), executing it, there are four processes now. I have not seen such distinction, but you may at that point say that two of them are child processes.

After the final fork, there are eight processes altogether, according to your materials, the original process is called parent and the rest are childs.

To draw it properly you should create a tree, with two children after each fork, where in fact one of them is the original caller.

6
How does the OS determine the CPU burst time of a process?
1
Bounded waiting and progress requirements of critical section problem solution based on exchange instruction
0
Why can't OSes swap out processes that are waiting for I/O?
2
Deadlock vs "Progress" requirement of the solution to the critical section problem
3
How exactly does a CPU do process scheduling?
0
Operating System code suffers more cache misses than user code
0
Where are process pages stored - in the swap space or under file system? Can demand paging work without space space?