Can this DFA be converted to a regular expression? [duplicate] 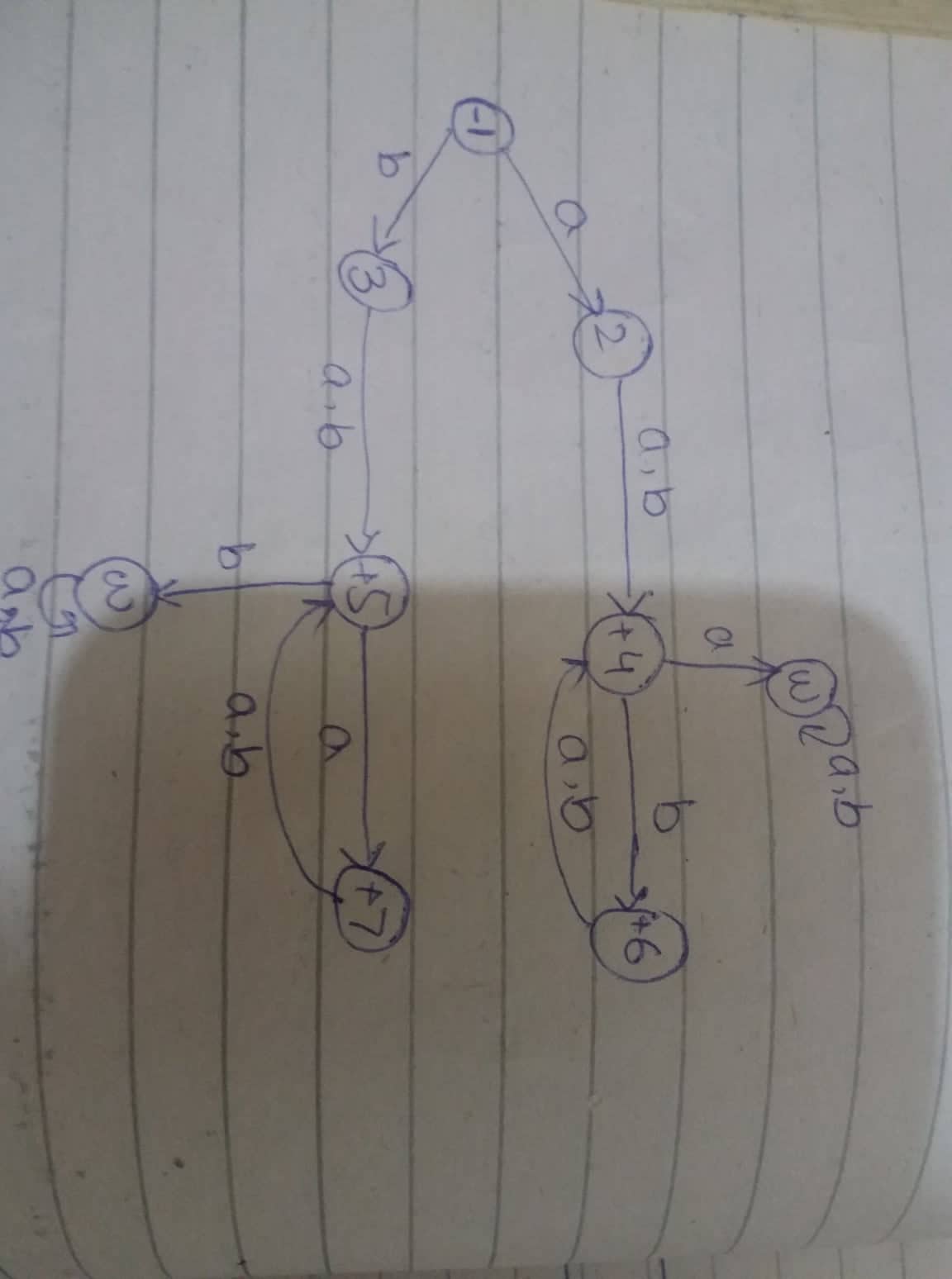 Every DFA can be converted to a regular expression, so you must have made a mistake when you converted. The conversion is quite fiddly, so making a mistake with a nine-state automaton is easy to do, unfortunately.

It might help if you split the automaton in two: if the automaton accepts, it either reads an $a$ and then accepts using only states $2,4,6,\omega$ or it reads a $b$ and then accepts using only states $3,5,7,\omega$. So the regular expression must be something of the form $aR_{\{2,4,6,\omega\}}+bR_{\{3,5,7,\omega\}}$, where $R_S$ is the regular expression for the automaton that just has the states in $S$. Now, you just have to convert two nearly identical four-state automata, which should be easier to do correctly.

Not the answer you're looking for? Browse other questions tagged automata regular-languages regular-expressions or ask your own question.

130
How to convert finite automata to regular expressions?