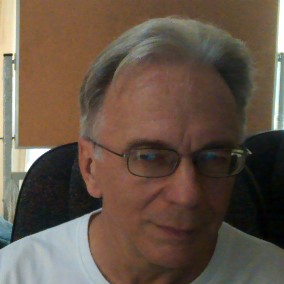 I'm an electrical engineer who has been involved with programming for over 40 years, first in machine language, Basic, Fortran, and Forth, then evolving with the progress of microprocessors and desktop computers to C/C++, Pascal (and Delphi), Javascript, Java, C#, and lately dabbling in Perl, Python, and the functional languages F# and Haskell, Scala, and very lately back to Lisp-like languages such as Scheme and Clojure.

I have also been playing with the Sieve of Eratosthenes primes sieving algorithm since I first had access to a desktop computer in about 1976 after seeing it used as a computer benchmark in an article in Byte magazine. I have actually written a page-segmented wheel factorized version for the original Apple II with 48 Kilobytes of memory in assembly language that can compute the number of primes to the 32-bit number range of four billion plus in about 20 hours, something that I can now do on my Intel i7-2700K (3.5 GHz) desktop computer in about a tenth of a second using multi-threading.