Dijkstra’s in a graph with negation of edges

Let say I have a directed graph G with positive edges and I create a new graph, G', by replacing the weight of each edge by the negation of its weight in G. If for a given source vertex s, I compute all shortest path from s in G' using Dijkstra’s algorithm. Will the resulting paths in G’ be the longest (i.e., highest cost) simple paths from s in G. True or false? And please, justify.

The answer is FALSE. 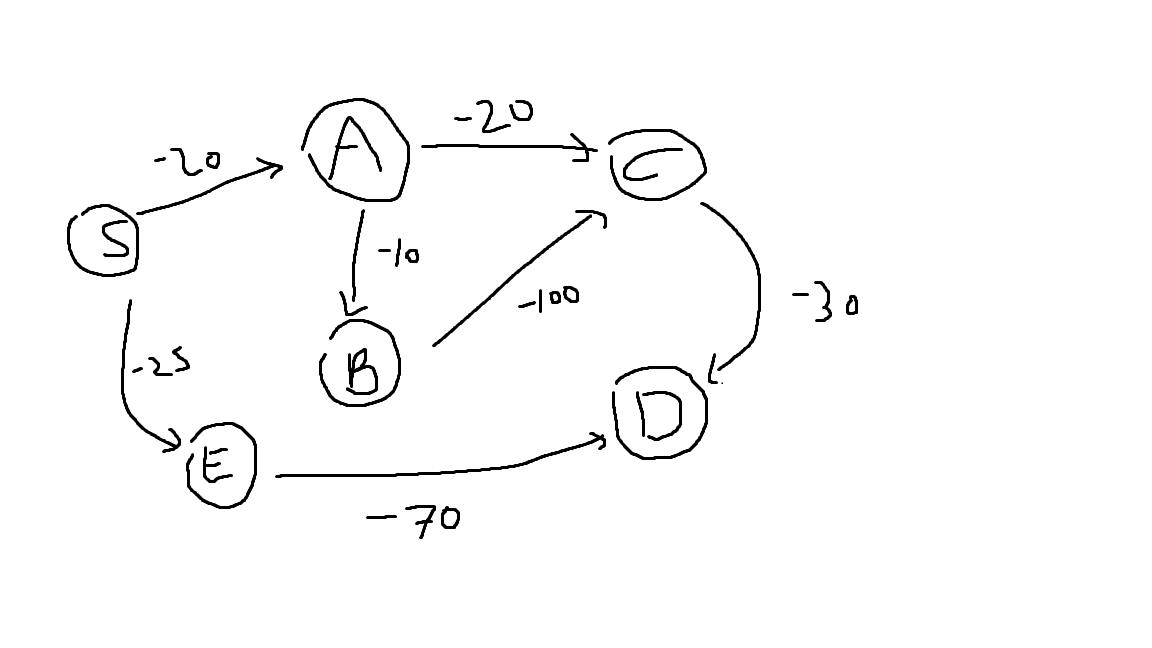 Running Dijkstra on the following graph will not find the longest path from S to D (S->A->B->C->D). Due to removing node C from the queue too soon (before the relaxation of node B), hence prev(D) = E.

Please follow the correctness argument of Dijkstra's algorithm, which relies heavily on the edge weights being positive.

The answer to your question is plain yes and proving it is really simple.

I wanted to answer your question to post another very interesting question that results from considering this answer (which I think is what really lies at the core of your question):

Is it equally hard/easy to compute shortest paths in $G$ than in $G'$?