Why does the time/space tradeoff exist

I'd like to know why when choosing how to optimize an algorithm that there almost always (always?) exists a time/space tradeoff.

My favorite example is a karnaugh map for simplifying boolean logic. It abstracts boolean logic away with just clever geometry: 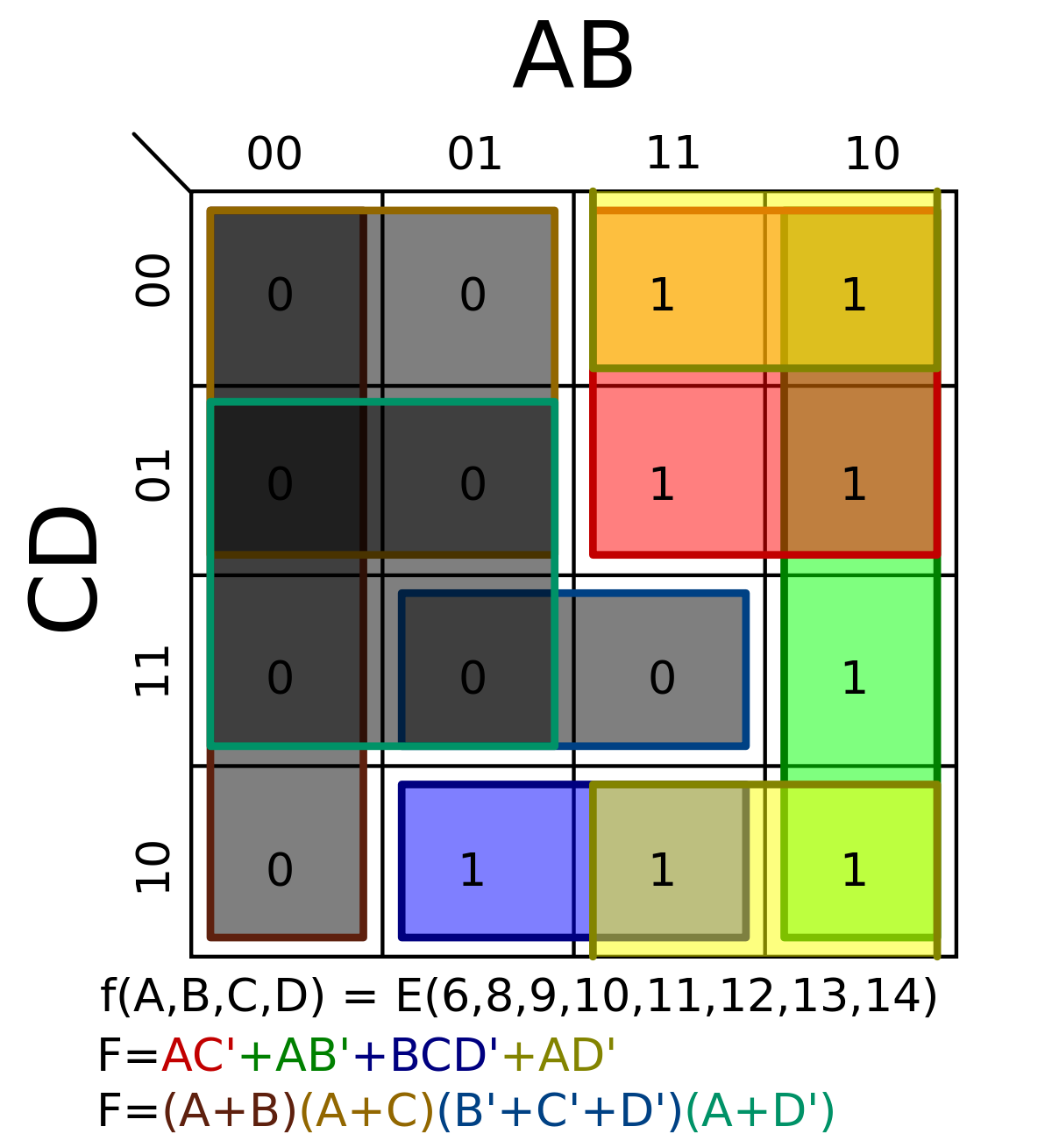 Is there some sort of law from some mathematical theory to explain why this exists? Intuitively it seems to make sense, but the math would be nice.

Is this some property of information/computation? Is it guaranteed for any computation that can be performed? What about computations theoretically possible with infinite time, is a reciprocal guaranteed to exist that instead uses infinite space (or a middle ground that makes the time axis not go to infinity anymore)?

It doesn't. You're biased to results you find interesting.

If we measure a particular algorithm's space $s$ and time $t$ complexity, and then improve the algorithm. One of the following things can and does happen:

Now 1, 2 and 3 happen all the time. Why are you not asking for a "mathematical principle" for them?

Because they are boring. Since we strictly improved the algorithm it must mean the previous algorithm was suboptimal, and is immediately forgotten. Only in cases 4 and 5 we suddenly have two algorithms which do not have a clear winner, and only then do you start comparing them and wondering about a "mathematical principle" behind this difference.

What's happening is that given two objectives, you get a plot of possible solutions: 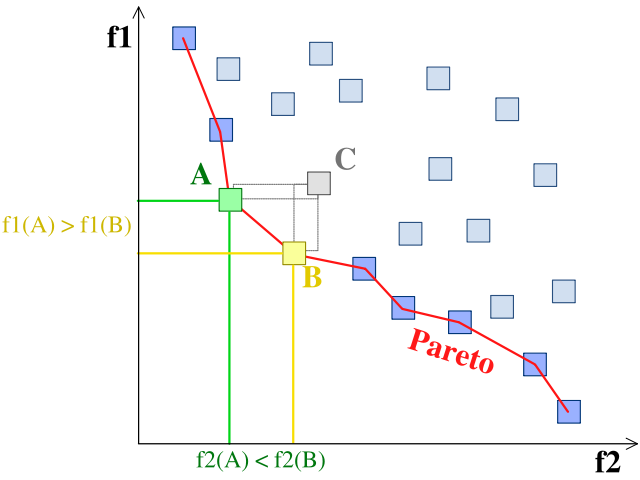 Anything above and to the right of the critical red line is immediately forgotten as non-interesting, as there are algorithms that are strictly better in both $s$ and $t$. Your mind only looks at the red line (also known as the Pareto frontier), ignoring the rest of the plot.

Not the answer you're looking for? Browse other questions tagged computability optimization information-theory or ask your own question.

24
Why is encrypting with the same one-time-pad not good?
32
Does there exist a Turing complete typed lambda calculus?
1
Why are bytes treated like the base unit?
2
How to choose between several constraints for a SAT task using quality metric?
1
Turing machine - infinite tape - does that thing exist?
9
Does a binary code with length 6, size 32 and distance 2 exist?
1
Can someone help me understand the time and space complexity?