Here is an image to illustrate my question: 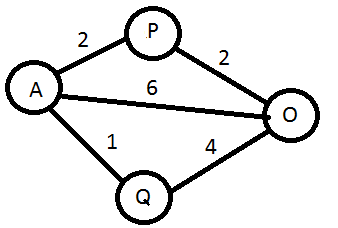 Depends on how you define "equal number of shortest paths".

Both are correct depending on how the question is phrased.

This is simply a wording problem and not so much a Technical Computer Science Shortest Path Algorithm problem.

This will give you a good idea on how Dijkstra works.

As wookie said,You are right in your essence rather wrong in how you are presenting it.,

Not the answer you're looking for? Browse other questions tagged algorithms shortest-path or ask your own question.