How do I compress data vectors in broadcast messages?

Let us model a wireless broadcast network as an undirected graph $G(V,E)$ where there is an edge between every pair of nodes ${i,j}\in V$ if they are in transmission range of each other. $w_{i\to j}$ is the weight of the link $i\to j$ which can be calculated only by transmitter $i$ and is unique to receiver $j$. All nodes periodically broadcast messages.

Question: What strategy/encoding can I adopt to reduce the size of broadcast data and at the same time each receiver can receive its own weight from the received broadcast messages?

Assumptions: weights are float/double values with unknown precision and nodes know ID and location $(x,y)$ of each other. Number of transmission per second is fixed.

Update: A system model picture is added for clarification. 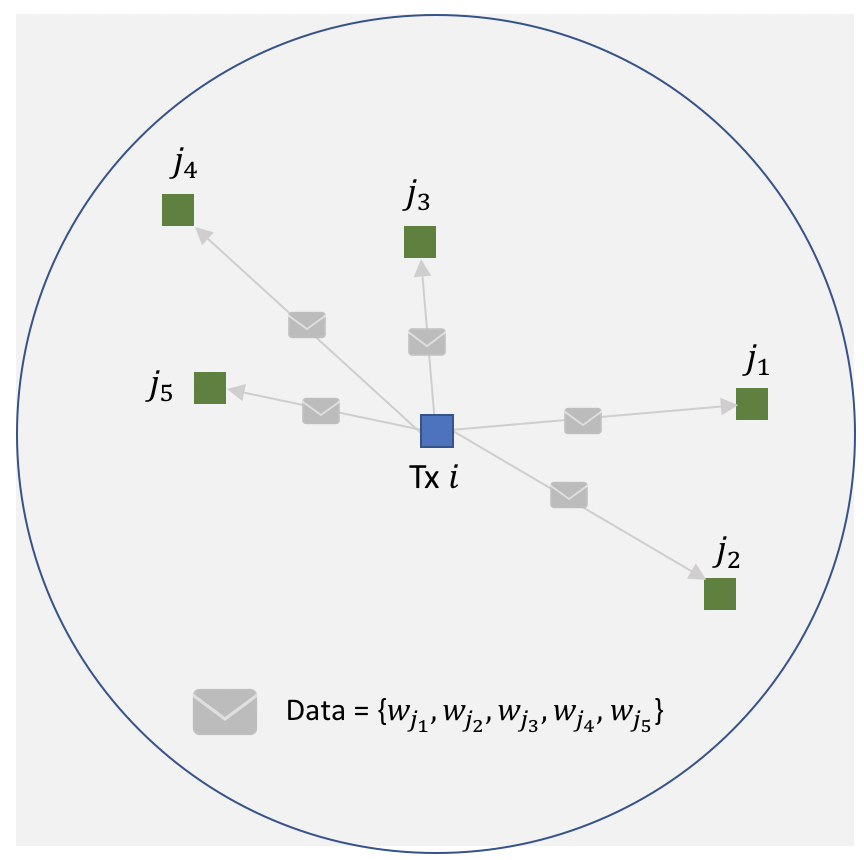 Browse other questions tagged data-structures computer-networks data-compression encoding-scheme or ask your own question.

1
How will broadcast behave with a certain capacity?
8
No compression algorithm can compress all input messages?
19
Weighted sum of last N numbers
1
Why don't we use simple binary values to compress data?
1
How can I compress data that represents a number's change over time?
3
Exercise: Sliding window protocol: Bits for sequence number
2
Network throughput with random delay selected from uniform distribution
1
Data Compression :Compress a Compressed File