Is this graph problem NP-hard / NP-complete?

I have a certain kind of graphs. They are DAGs similar to dependency graphs but strictly hierarchical, that is, each node belong to a certain level in the hierarchy and cannot be moved up or down when the graph is laid out onto a plane. The nodes can be arbitrarily exchanged with others in the same level. 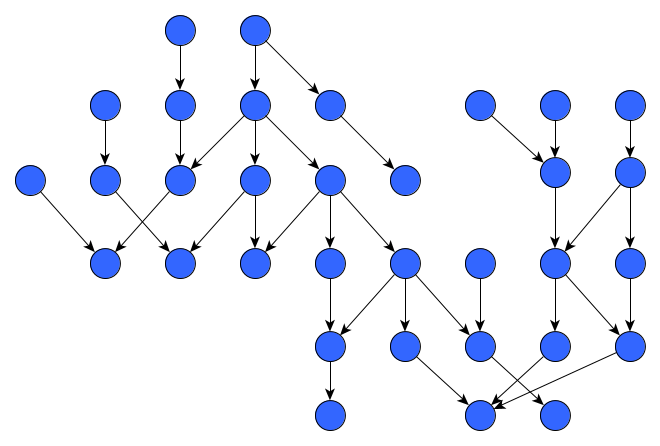 Find an ordering (permutation) of the nodes in each level of the hierarchy such that the total number of edge crossings is minimal.

The problem could be, I suppose, rephrased as a decision problem: Given an ordering of nodes in each level, decide whether that ordering is minimal in terms of number of edge crossings.

For example, in the above graph embedding there are 3 edge crossings, however, by reordering the nodes in a certain way we obtain an embedding that only has 1 edge crossing (I believe this is minimum for this particular graph): 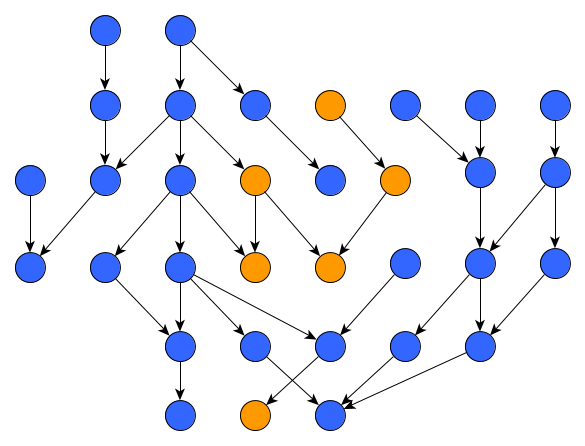 (Nodes that have been moved are highlighted.)

Turns out this is indeed an NP-complete/NP-hard problem according to wikipedia and Eades et al.

Not the answer you're looking for? Browse other questions tagged complexity-theory graphs complexity-classes or ask your own question.

5
Determining Probability from a Graph
3
Proving following problem NP Hard using known NP Hard partition problem
2
How to show that all 2-terminal SP-graphs are O(log n)-outer-planar
2
Is there a name for the problem of spatially organizing a graph as to minimize total edge length?
4
What graph theory algorithm(s) would help solve this problem?
3
Finding a Hamiltonian path in this graph family