What is the nature of the two bits of data held in a computer memory cell?

I hope this question doesn't offend anyone. I start off by saying that I have and always had difficulty understand the language used in computer science so I have to interpret everything into the language of physics of electronics.

First what is termed as memory, I seem to think that it refers to energy that is held basically in one of two forms, either in an electric field or a magnetic field. And what is referred to a memory cell is the mechanism ( a physical thing) that this field is held. I have noticed that for all practical purposes memory/energy is held in an electric field.

It appears to me what is called a memory cell is made of two physical mechanism, a capacitor that the electric field is contained and a transistor to access the memory, i.e. the energy held in that electric field of the capacitor.

Furthermore, it appears that the word-line is a way to access the energy while the bit line does two things, in-put and out-put. I seem to interpret the input as charging the capacitor and the output is when the charge is released back, accessed, coming back from the capacitor.

If I had all that correct only then my question perhaps have meaning otherwise it can not be answered. I had to describe all the above just to save a whole lot of back and forth and the effort for someone else to explain the details in language I won't understand. This of course I assume that what I have described in itself understandable in the first place even if it is false, that is.

Since in computer language information/memory/data is represented in binary, i.e. 0 and 1.

Why do I have difficulty with the 0 interepetation of a dead no voltage capacitor? Because in the particular memory cell, the presence of a capacitor would be meaningless. And I should say that I specifically am referring this to what is termed as paramenent memory that is established in the factory, not-erasabale or rewritable.

Furthermore an obsence of voltage, or 0 is already the case by default. In other words if there is nothing to read, it then has to be interepreted as reading "nothing to read". Or when programming a 0, it would mean you don't do anything to the particular cell as it is in a discharged state by default.

And one more question which is the right thing to do. When a permanent memory is accessed ( i.e. read) the capacitor is discharged, the bit line having a larger value voltage due the discharge of the capacitor. Now this discharge state of the capacitor can not remain as it does not have infinite charge. It has to be recharged immediately and this can only be done by the same bit line ( as write). Is this correct? Furthermore this must be the value 1, bit 1. And if the particular cell is value of 0, there is nothing to read or write and by default that cell is interpreted as 0 as no voltage is there in the bit line as reading and no current will be sent as input/writing.

I am sorry, that I have typed so much and have not kept my question direct and simple. I have only done with genuine intention to save the headache tring to explain and make their answer easier for them.

So brief and to the point now: Does 1 represent presence of voltage or some higher voltage? Does 0 represent no voltage or some lower voltage but voltage nontheless? Does ROM ( factory non-writeable, no-erasable, non-changeabale) cell needs to be charged to retain its factory setting? In a floating gate transistor cell ( looking at the diagram) in what part of that gate, electric field is held, (if the floating gate itself is made of two membrane or...)? Thank you. 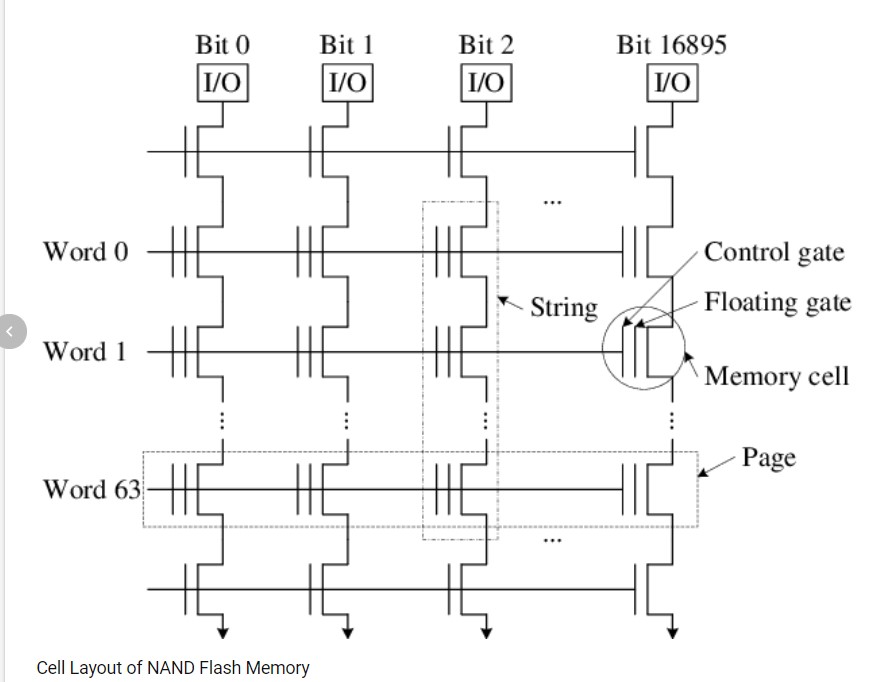 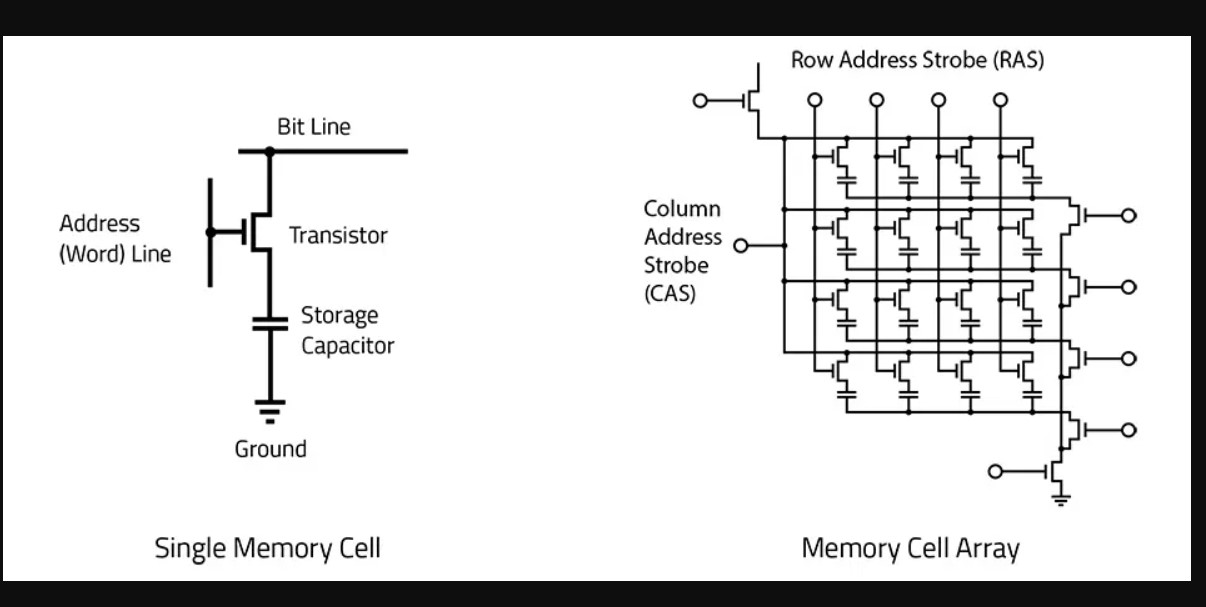 At a very low level, a hardware designer will decide what means 1 and what means 0. For example, they might say "Anything above 3.7V means 1, and anything below 1.9V means 0, and any voltage in between should be avoided and shouldn't happen.

And above that level, we can completely forget about the hardware level.

Not the answer you're looking for? Browse other questions tagged memory-hardware memory-access encoding-scheme binary or ask your own question.

5
How do computers compute?
6
How does CPU actually retrieve data from memory when you call a variable in a programming language?
2
What is an addressable cell size?
0
How does the memory of a 64bit and 32bit processor work
0
Number of hardware page tables and page directories kept in the MMU